I think it’s fairly safe to say that at some point everyone gets a hair cut, or a colour (or maybe just wakes up one day with hair) that they hate. I pretty much live in a constant state of hair hate.  I might like it for a little while but I get bored or I change shampoo and suddenly my hair does nothing the same as it used too.

When I was young my hair was straight, I normally wore it in a bob with a fringe or long and shapeless, all in all it was OK hair.  It’s always been very fine, but generally speaking there was nothing wrong with it .  When I was about 12 I took myself along to the hairdresser and thus began my hair issues.  I had about 3 or 4 inches off and without that extra weight my hair sprang into some kind of wavy, kinky mess.  I think I saw people from school on my way home and they laughed at me, never before had anyone laughed at me for my hair so I knew it was dreadful.  Truth be told, looking back now, it wasn’t that bad, I just didn’t know what to do with it. After years of washing and air drying with no issues I now had to put thought into it. I survived this haircut by scraping it back into a ponytail and ignoring it.  (I won’t talk about the time I crimped it for the school disco… people who didn’t go asked if it was true I really had an afro…)

It wasn’t until I was 16 or so that I really started to think more about my hair.  There had been a few bobs and fringes, but up until I hit my Emo phase I just let it do what it wanted. 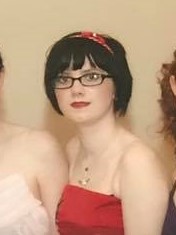 Emo brought with it very short hair with a long fringe, black hair dye, lots of product and for a short time, a bright red fringe.  In a lot of way this was some of my favourite hair times.  Keeping it short and messy meant there was very little for me to do with it.  Maybe run a straightener over the fringe, but that’s about it. Only thing I didn’t enjoy was my hairdresser telling me the photo I’d brought in was of a boy and did I know that… And did I still want the haircut? Maybe some pretty layers instead, with a bit of feathering? 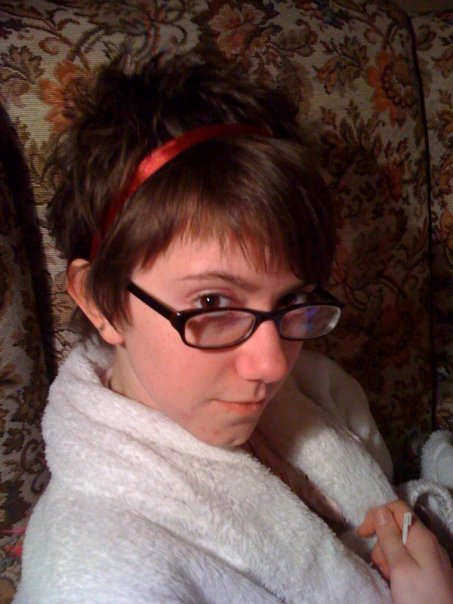 This opened the way to keeping my hair pretty short through my late teens and early twenties, and a particular favourite of mine was my platinum pixie cut. I’d have that back in a shot if I still had the face shape for it! 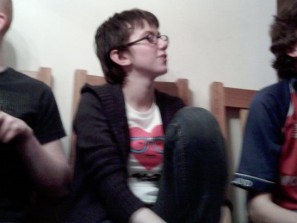 My latest trick is growing out my fringe just to cut it back in as soon as it’s reach the right length.  On occasion I even cut it myself, I think I got pretty good at it.  I’m currently in the growing out stage, having returned to the bob with fringe look, again.

The most recent disappointment was when bleaching it straighten out some really lovely curls I was just getting the hang of.  And of course I got bored of the blonde and home dyed it ginger, which I also got bored of and dyed it, what was supposed to be brown but turned out red.

I’ve had some great hair ideas, I thought about rainbow coloured hair. For a while I wanted some kind of mermaid blue/green wavy look.  I’ve thought about and actually attempted to dye the underside of my hair green… I do sometimes consider just shaving it all of but I’m scared I might have a weird head.

Cliche time… It’s just hair! It grows back!  If there’s one thing I’ve learned and I’m sure will continue learning it’s that it really doesn’t matter what you do. It will grow back,  and if things get really bad there are some fantastic wigs out there. 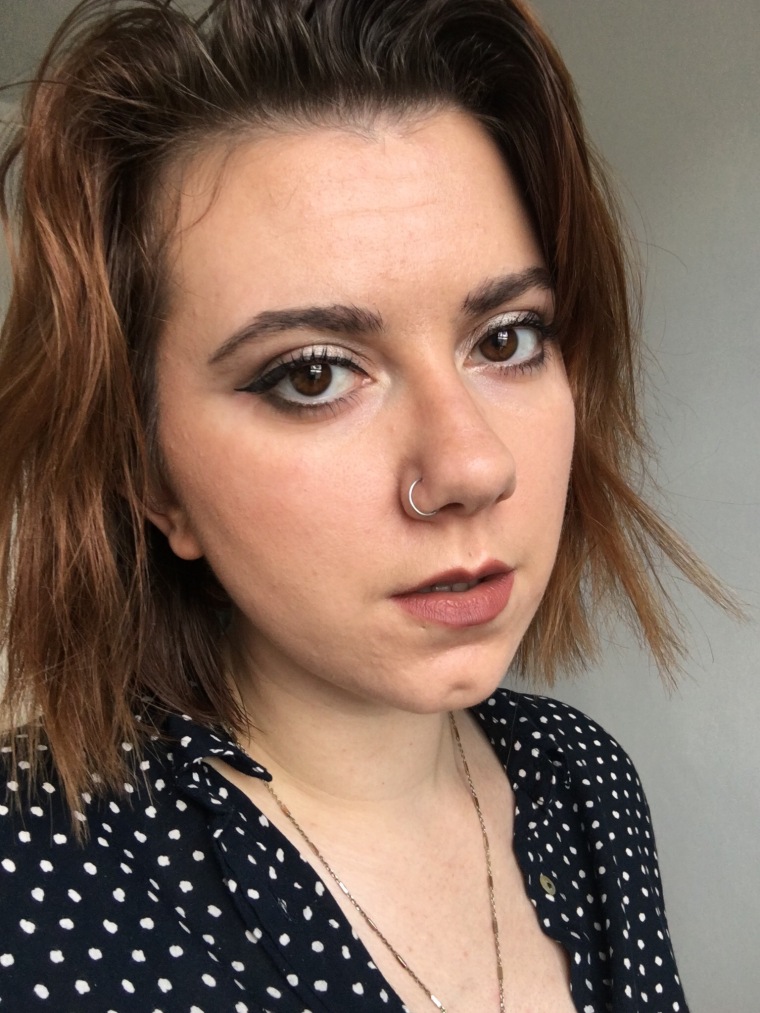 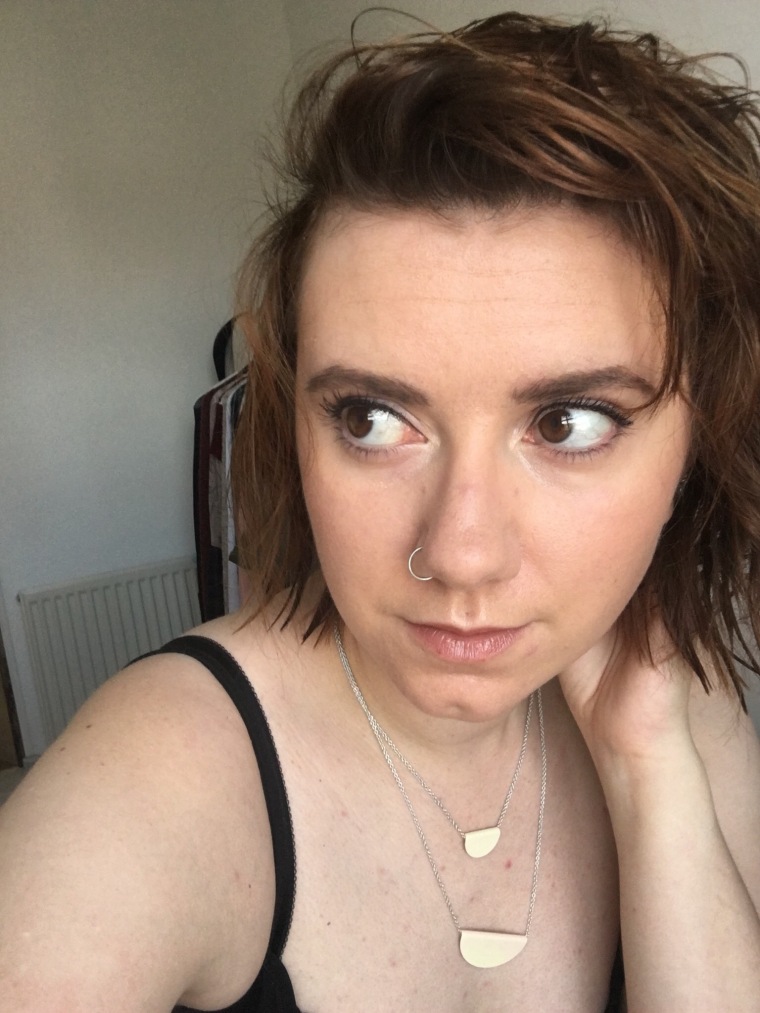 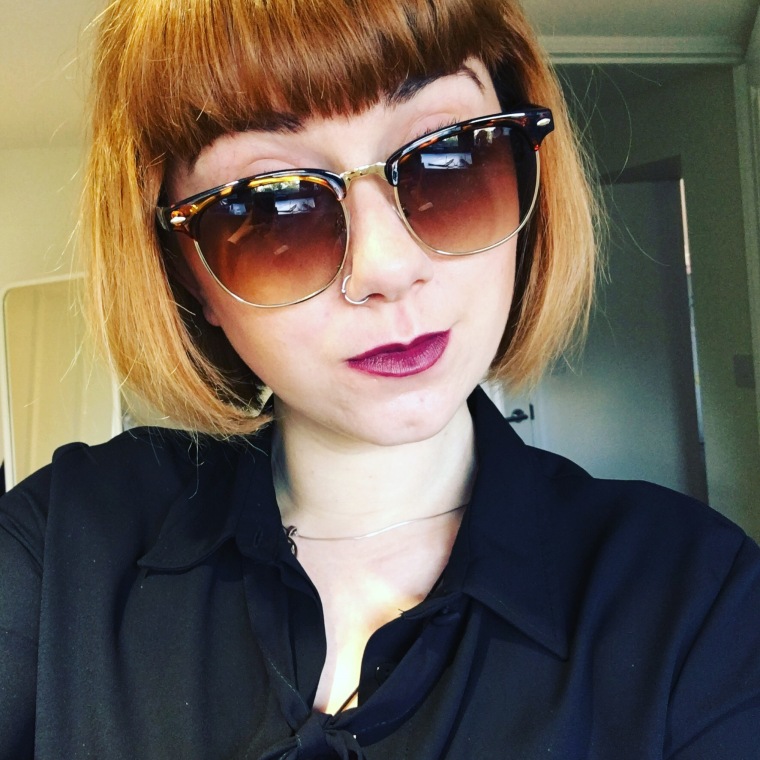 It’s that time of year!

With so many options for Christmas jumpers I thought I’d have a look at a few online and let you know how I feel about them.  Some wonderful and some not so wonderful… 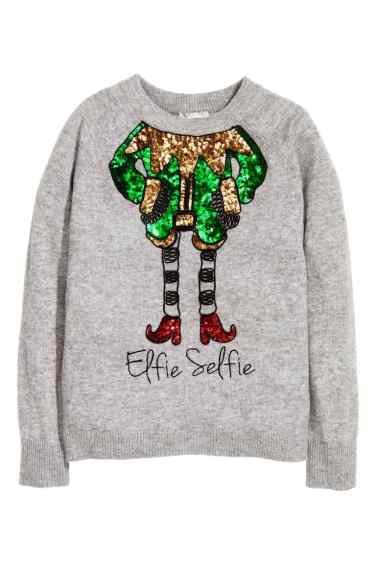 Please use #elfieselfie to show me any pictures you have with the Elfie Selfie jumper!